Since the Nonfiction Writers Conference launched in 2010, our mission has always been to take the traditional writers’ conference experience and deliver it online. This allows more people to attend from around the world, saving time and money on travel expenses. We’ve also celebrated alongside many of our attendees and members who have gone on to launch books into the world, and shared their successes with us. 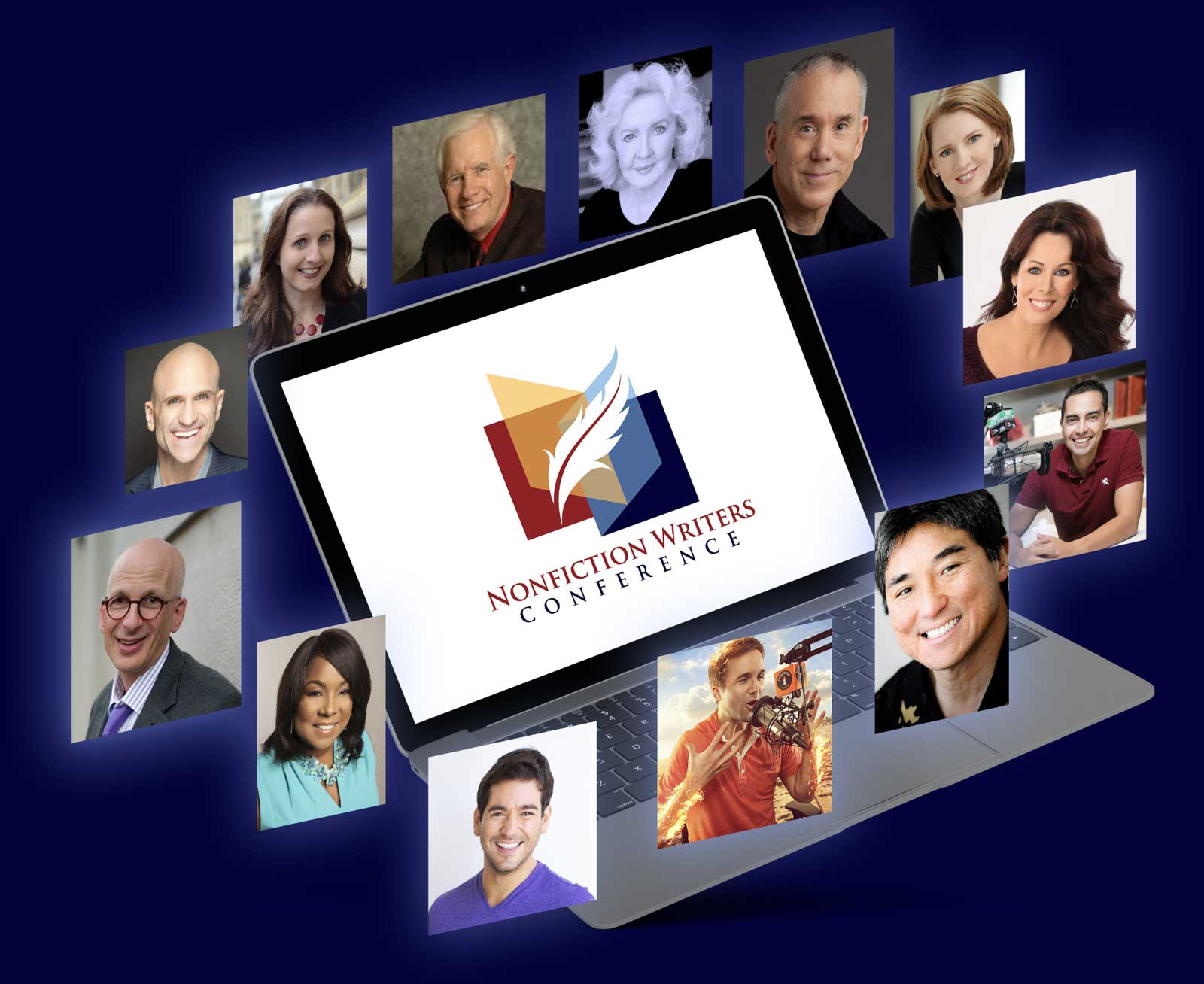 A professional event for serious writers.

NFWC has been held entirely online since 2010
Since we’ve been doing these events online for over a decade, you can be assured we know how to deliver an effective online conference.

Attending the Nonfiction Writers Conference will help you: 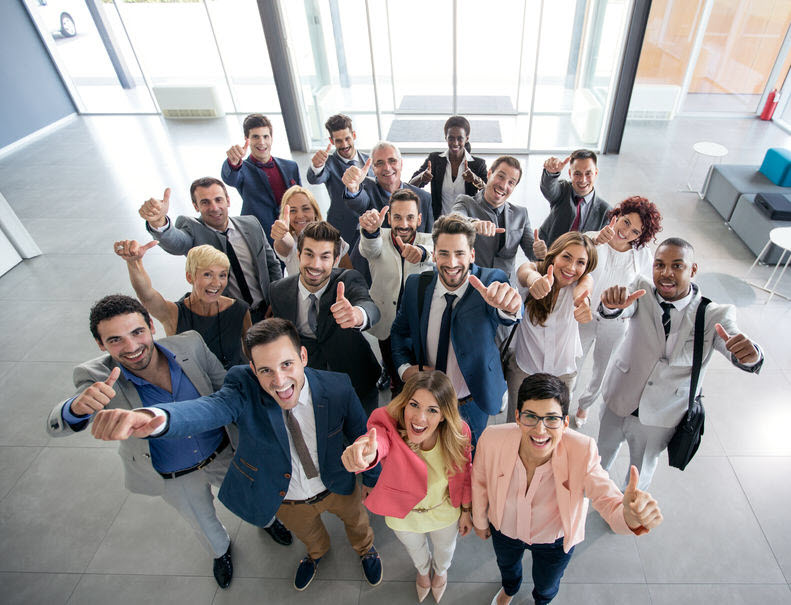 The Nonfiction Writers Conference (NFWC) is a three-day event featuring live presentations by industry experts, Q&A with speakers, and plenty of downloadable materials. You can attend the live webcast by computer, mobile device or phone.

Can’t make the live events? Recordings and transcripts are available depending on the registration level you choose.

These popular one-on-one consultations are offered with publishing industry experts, including literary agents, book coaches, marketing experts, and more.  Consultations are 15-minutes each and delivered by phone or Skype during the week of NFWC. Gold, Platinum, and VIP attendees can register for up to three consults with the pros you choose. (Sorry, Live Access attendees are not eligible.) Registration for Ask-a-Pro is announced three to four weeks prior to the conference. Register for NFWC early for first access since these sessions fill up fast. Many of our attendees feel these consultations are worth the price of admission alone! 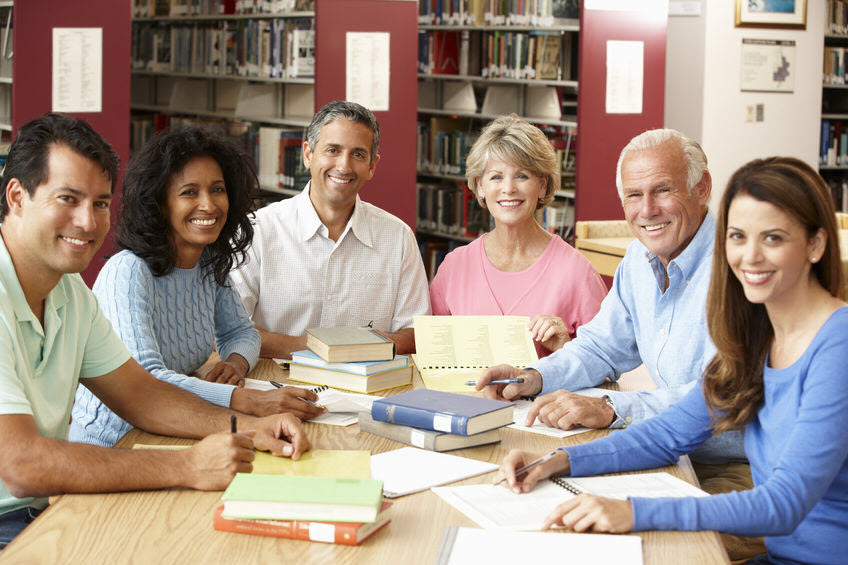 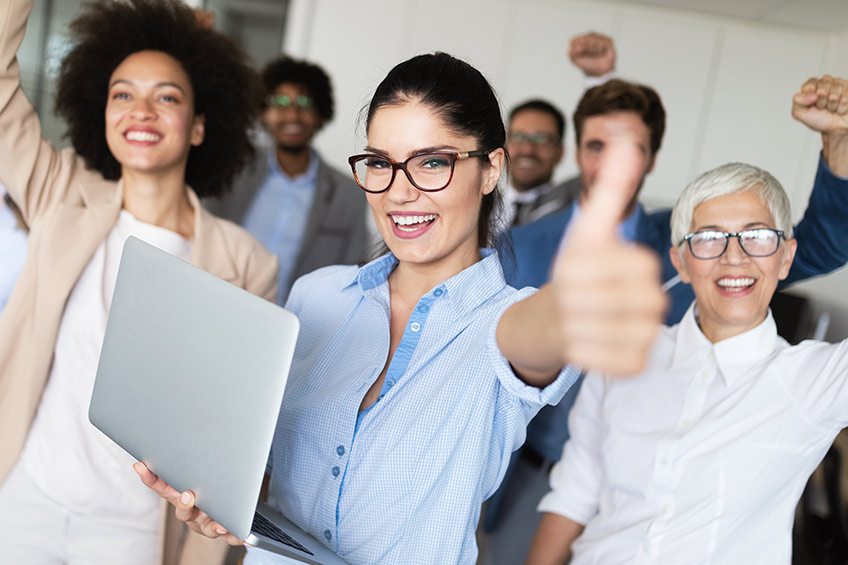 NFWC attendees are invited to join a private Facebook group so you can connect with fellow writers. Also, NFWC is hosted by the Nonfiction Authors Association, a supportive community for writers. NFAA has a wide variety of benefits including weekly media leads, fresh content each week, access to weekly event recordings, partner discounts with sponsors like Lulu.com, and much more. Not yet a member? You can join when you register for NFWC!

The Nonfiction Writers Conference has a long history of welcoming top-quality speakers who deliver content-rich presentations. NFWC is low on hype and high on value, which means our speakers are carefully chosen based on a proven track record for delivering compelling, authentic, value-packed presentations. 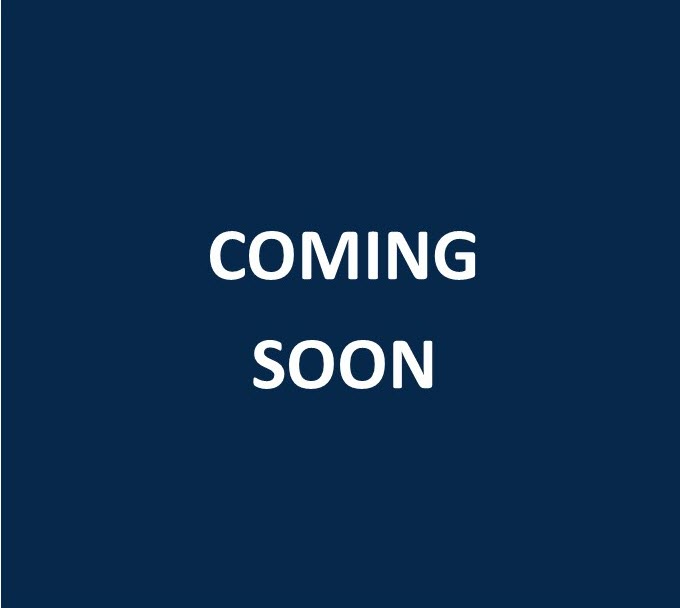 NFWC is packed with value to help you reach your goals. 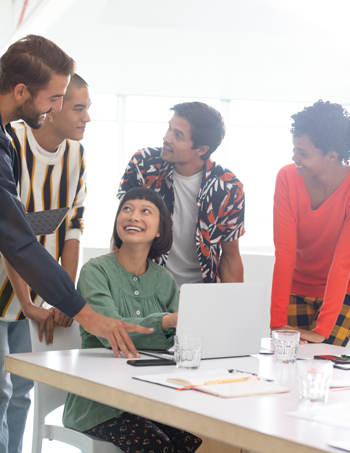 Our goal is for NFWC to be one of the best investments you make in your author career.

If you’ve never attended an event like this, we think you’ll appreciate the convenience and affordability combined with the powerful content delivered by carefully chosen speakers.
Plus, we offer a full money-back guarantee, so you have nothing to lose! 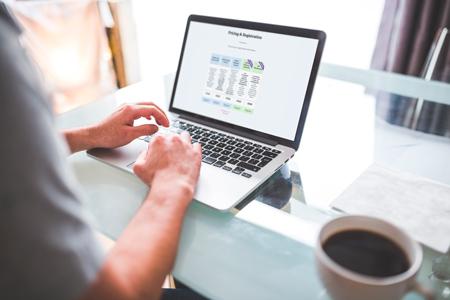 About the Nonfiction Authors Association

The Nonfiction Writers Conference is hosted by the Nonfiction Authors Association, a vibrant and content-rich educational community for experienced and aspiring writers to connect, exchange ideas, and learn about writing, publishing, promoting and monetizing nonfiction books. With over 14,000 members around the globe, NFAA helps writers de-mystify the publishing industry, sell more books and generate profits. 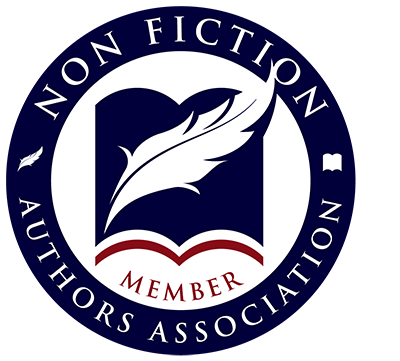 Want to join the Nonfiction Authors Association?
Membership options are available with your conference registration.

NFWC is NOT a “summit” or a pitch-fest.
This is a LIVE event with speakers who deliver content-rich presentations and conduct Q&A with attendees, just like an in-person conference experience.

How the Nonfiction Writers Conference began.

After speaking at many writers’ conferences and events over the years, Stephanie Chandler grew frustrated by the lack of attention paid to nonfiction writers. In 2010, she launched the first Nonfiction Writers Conference event, conducted entirely by teleseminar. She had no idea if anyone would attend, but they did! And they loved the online format.

Since that first event, we’ve hosted over 200 talented speakers and thousands of attendees, and have evolved the conference format to webinar, which brings a lively video element that makes attendees feel like the speakers are talking to them directly. 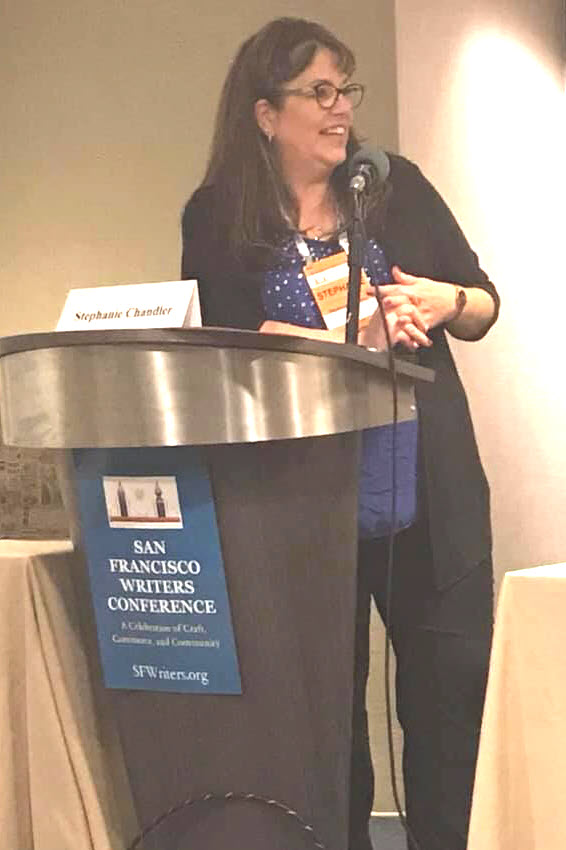 We want to thank NFWC attendees for asking each year how to keep in touch when the conference was over. Your inquiries led to the introduction of the Nonfiction Authors Association in 2013. This vibrant community has grown to over 14,000 members around the world.

Our mission from the beginning has been to take the traditional writers’ conference experience and deliver it online. This allows more people to attend from around the world, saving time and money on travel expenses. We’ve also celebrated alongside many of our attendees and community members who’ve gone on to launch books into the world, conduct successful marketing campaigns, built lucrative revenue streams, become professional speakers, and much more.

Lessons learned from NFWC can change the trajectory of your author career!

Feedback from past conferences

“I just joined the Nonfiction Authors Association and attended my first conference. I received so much valuable information and I’m so excited to apply what I’ve learned. THANK YOU!”

Author of “I Can With I AM” and more

“The presentations were packed full of practical, monetizable writing ideas and “maps.” My eyes were opened to new worlds of online writing publications and resources that I’m confident will increase my income. The Ask-a-Pro sessions were worth the cost of admission alone! I received high-level, actionable feedback and advice for my books, speaking engagements, online courses, and website. The Nonfiction Writers Conference has set my writing business on a new trajectory!”

The Quest for Self-Forgiveness

“NFWC 2019 was AWESOME! The conference was full of great information for new and experienced author alike. Speakers were very well prepared and quite engaging. The webinar format was warm and seamless. Such great insight and motivation. I can’t wait for NFWC 2020!”

“I attended the annual NFWC and was my first introduction to them. I have to say, I was blown away!! The content was incredible class after class. I couldn’t believe all of the value I gained… I’ve paid far more for far less! I signed up to be a member immediately so I can stay plugged into this awesome community.”

“NFWC is the best investment I make each year in my nonfiction author career. The caliber and accessibility of the presenters is unusually high, the topics well chosen and diverse, and I can honestly say that at least half of the presentations would have been worth the cost of the whole conference alone.”

Devastation on the Delaware

“Where else can you gain so much valuable information in so little time? I’ve attended Non-Fiction Writers Conference three years running and it has been well worth my time every year.”

“Wow! So much detailed, truly helpful information from a variety of sources. It’s hard to imagine [what an online conference will be like] before it is experienced.”

“Conference organizers created a practical, diverse, and excellent experience. Extremely helpful. Will be back every year!”

“I greatly enjoyed and learned a lot from attending my first Nonfiction Writers Conference. It was very convenient to have a webinar format (with recordings of sessions for those I missed joining live). I found many topics of interest in the presentations, and the speakers all provided very helpful information. I plan to attend again. Many thanks to the organizers!”

The Nonfiction Writers Conference has been transforming writers into profitable authors since 2010. If you’re ready to grow your author career, sell more books, and make a difference in the world with your books, this conference could be the best investment you make in your author career.

Upon registering, you can immediately download the following bonus items:

Early Bird Discount
Save 40% off registration with code: SAVE40NFWC

We look forward to having you join us! 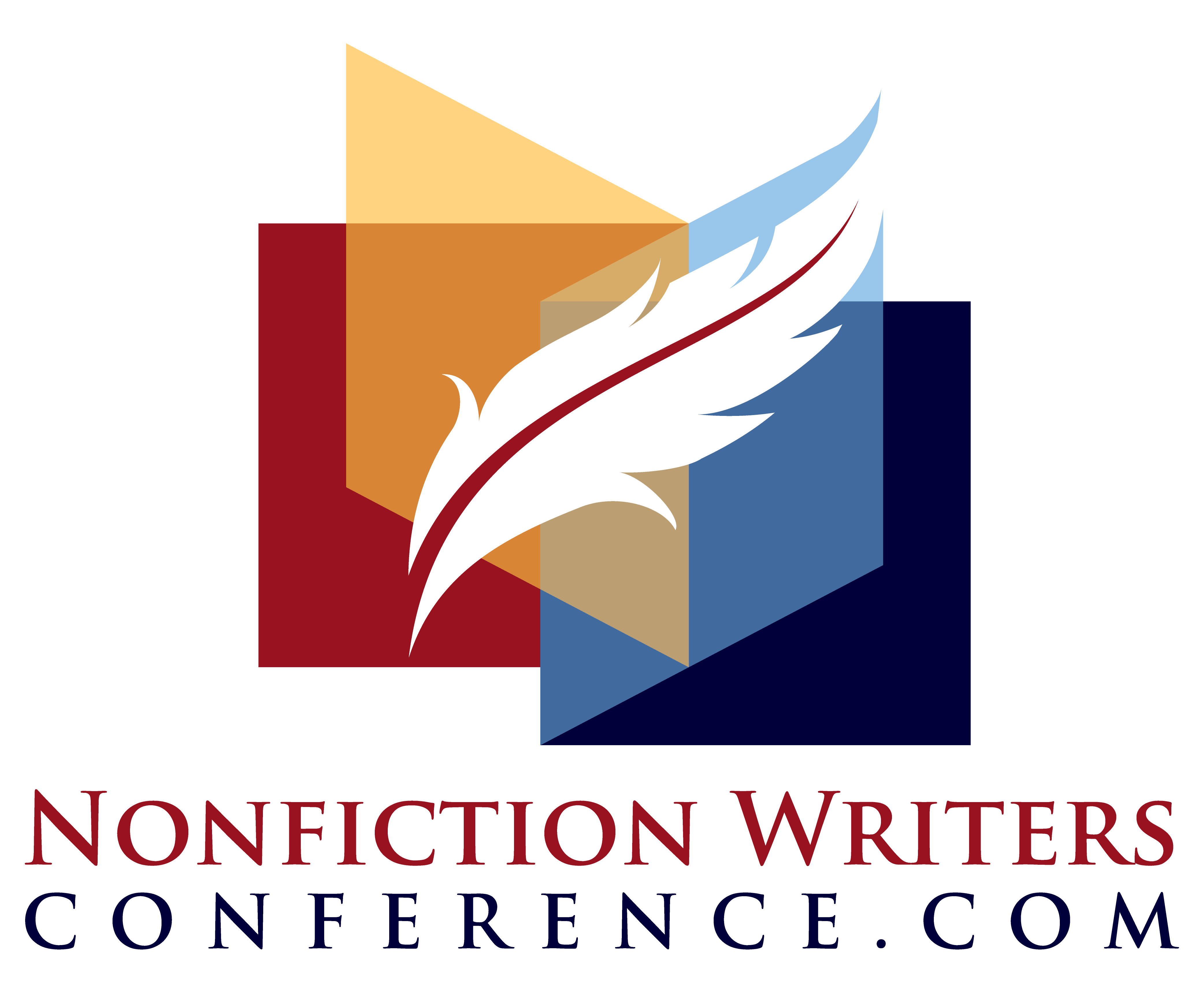 Special Thanks to Our Sponsors

If you have questions about the event or prefer not to register online, please send us an email. 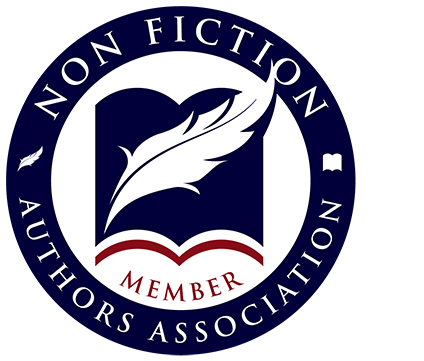 Learn more about membership in the Nonfiction Authors Association.